Reza Mokhtar was born in Iran and grew up in New Zealand where he attended Auckland University while studying mechanical engineering. To support himself through school he worked at a popular Italian restaurant making fresh pasta and learning how to harness his alchemist tendencies and engineering skills with food. After working in several more restaurants around Auckland, he met Ian Hunter – a caterer who was an early pioneer in the New Zealand film industry. It was there that Ian and his head chef, Becky Wiseman, mentored Reza on the fine art of cooking on set and managing a mobile kitchen in some unusual locations. His first film catering experience was on Once Were Warriors, followed by Hercules and various other TV shows. Reza and Ian worked together for several years before moving to Australia when he was 23.

In Sydney, Reza teamed up with Kerry Fetzer at Kollage Katering for three years before going out on his own on the film Babe and starting Mighty Bites Catering in 1997. For the next eight years Reza catered for some of Australia’s biggest film productions, such as Me, Myself & I, Birthday Girl, Moulin Rouge!, South Pacific, The Matrix Revolutions and The Matrix Reloaded, Scooby Doo, Peter Pan, Little Fish, Superman Returns and Charlotte’s Web, as well as numerous TV commercials.

In 2005, Reza took a break from the film industry to open his own restaurant – Fidel’s Bar in Pyrmont ­­– an Italian-Mexican fusion-style cuisine with a Spaghetti Western-type ambience. Fidel’s received good reviews in the Sydney Morning Herald Life and Good Living sections, and was considered “one of the top ten best pizza’s in Sydney” in the 2008 Good Food Guide, and named one of the best authentic Mexican restaurants in Sydney by food critic Helen Greenwood of the SMH.

In 2008, Reza returned to film catering on Baz Luhrmann’s Australia and so began his new gourmet venture, Catering By Reza. Since then he has catered for major film and TV productions such as A Few Best Men, Tomorrow When The War Began, The Jesters, Sleeping Beauty, Burning Man, Underbelly II and III, Underbelly Razor, Laid, My Place and My Place II,The X Factor, Not Suitable for Children, Packed to the Rafters, The Grandmothers, Underbelly Badness and Redfern Now . Reza has 23 years of experience catering for over 100 films, TV shows and commercials all over Australia and New Zealand with a reputation for creative and diverse menus using fresh quality ingredients. His reliable service and unflappable approach to tight time schedules and stretched temperaments has endeared him to many overworked film producers, directors, actors, and crew. As one famous actor once said, “Even on a bad day, I could at least look forward to lunch!” 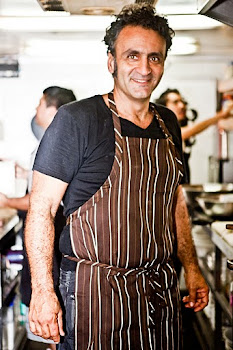 Reza Mokhtar
Leichhardt, NSW, Australia
I am a film caterer based in Sydney with a passion for good food, travel, and my dogs... including all the fun and logistical challenges that come with it all.